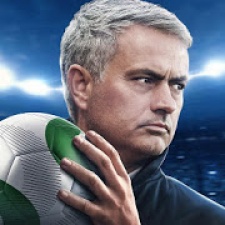 Serbia-based games developer Nordeus has joined up with Cardiac Risk in the Young (CRY) in a bid to help raise awareness about undiagnosed heart conditions.

The Top Eleven developer donated its shirt sleeve spot with Premier League outfit Stoke City to allow CRY to display its own heart logo in the team’s match against Tottenham Hotspur on April 7th.

Currently around 12 people under the age of 35 die each week in the UK as a result of a previously undiagnosed heart condition. Of those, 80 per cent would have shown no previous sign of heart defects until it was too late.

Among the attendees at the match were the Hughes family, who had lost their son Daniel to an undiagnosed heart condition in 2015. They were invited as guests of Nordeus and Stoke City.

The Hughes family work closely with the charity and took part in a half-time interview to help raise awareness. Since the passing of their son they have raised around £150,000 which has led to the screening of 996 local young people in Stoke.

“Getting the message out to people about the dangers of undiagnosed Heart defects, and the benefits of heart screenings are key to the work that Cardiac Risk in the Young do, so the exposure that this event will give to the charity is invaluable,” said Daniel’s father Dave Hughes.

“Our son Daniel was a season ticket holder and lifelong fan of Stoke City so we are immensely proud to be asked to represent CRY on his behalf at an event with such prestige as this, it is a fitting tribute to him and one we will treasure.”