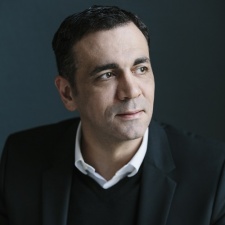 The company wants to offer an alternative to what it calls Facebook and Google’s ‘duopoly’ over the market.

It says it offers global reach beyond those two companies, with its WeQ Perform platform offering up an “exclusive” network of global publishers relationships, as well as harnessing machine learning. Its reach is said to extend to 180 markets, with a major focus on the US and APAC.

The company claims its ambition is to deliver publishers conducting campaigns through its services as many as several million installs a month.

Currently the company employs more than 100 staff representing 30 different nationalities at its offices in San Francisco and Berlin. More than half of its employees are said to be data engineers, developers and product managers.

“With our unique approach that balances data with human intelligence, this strategic investment in place, and a highly knowledgeable team heading the organisation, we are well-equipped to achieve our ambitious goal of becoming a key player in the ad tech industry,” said WeQ CEO Markus Malti.

“We look forward to growing our team, further expanding our reach in the US through our office in San Francisco, and working with key advertisers to help them scale globally.”