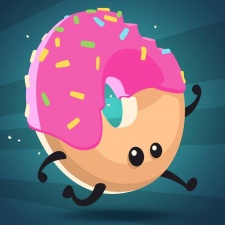 In a blog post the studio’s Tuomas Erikoinen went into details on the game’s development and what it’s achieved so far.

Developed along with Nitroyale - splitting everything 50/50 - the title took four months to develop and was released in August 2017.

After receiving app store featuring at launch the title racked up 1.5 million downloads during its first week. To date the game has been downloaded more than 3.25 million times.

Silly Walks generated 97 per cent of its revenue from advertisements exclusively through Unity Ads.

The best performing ad was for getting extra revives upon death, which made up 57 per cent of all ad revenue.

Other top ad revenue generators were during the skippable video ads after every third game over (17 per cent) and the get a new character reward (11 per cent).

There are still in-app purchases in the game however, with the best-seller proving to be ‘Infinite Dash’ which took 35 per cent of all IAP revenue.

Reply
Yevgeny Ponomarev
Indie's most successful self-published title to date? So there was no Crossy Road with about $500K in first two weeks?)
Posted 3 years, 1 month ago