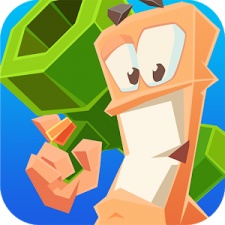 Worms developer Team17 intends to float on the AIM market of the London Stock Exchange later this month.

Having been in operation for 28 years, the firm believes an IPO will help them extend its business and broaden its profile further on a more global scale.

Team17 is primarily known for developing the popular Worms franchise but has also published titles such as The Escapists, in 2014 following the launch of its publishing label. The company has also supported some award-winning indie titles since such as Overcooked and Yooka-Laylee.

Since the launch of its games publishing label the firm says it has hit annual revenue growth of 69 per cent, with revenues increasing from £13.5 million in 2016 to £29.6 million.

“We have created an immensely powerful base from which to continue to grow our business, supported by a hugely talented team and an ever-expanding stable of world-class content and partners,” said Team17 chief executive officer Debbie Bestwick.

“We firmly believe that an IPO will not only broaden the profile of the business globally but will enable Team17 to continue to capitalise on our position as a leading independent video games label for indie developers, as well as continuing to successfully develop our own IP in-house.”

The announcement comes over two years after the company raised $21.8 million from private equity firm Lloyds Development Capital to expand its business. It used those funds to acquire The Escapists developer Mouldy Toof Studios.

The Escapists universe expands as The Survivalists hits Apple Arcade