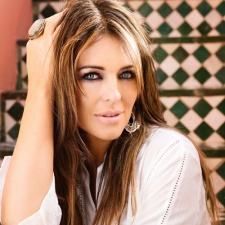 Zynga is celebrating the imminent Royal Wedding between Prince Harry and Meghan Markle by adding a Royal Social Dictionary to Words With Friends 2.

The release of new playable words is an extension of the pop culture-inspired Social Dictionary launched last year that added 50,000 words itself.

The special new ‘Royal Dictionary’ has been curated by The Royals actress Elizabeth Hurley (pictured) and adds words including blimey, skive, clanger, gobsmacked and bagsy to the list of playable words.

Even the cringeworthy ‘Harkle’ - an amalgamation of Harry and Markle - has been added.

“Growing up in the UK, we used our own version of slang words to describe common things as a way of emphasizing our feelings in conversation,” said Elizabeth Hurley.

“I was so honored to serve as Royal Ambassador to the team behind Words With Friends 2, to curate the Royal Social Dictionary.

“My hope is that more people will become familiar with the expressions we chose for the game, enjoy them with their friends, and that I won’t have to explain what ‘knackered’ means to my American castmates any longer.”

A teaser of what words await players is below.