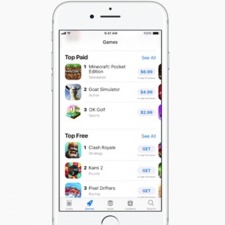 More than 25 per cent of iOS 11 game downloads came from browsing the App Store, according to a report by Sensor Tower.

The mobile data firm studied game downloads between May 2017 and April 2018 and found that downloads had been aided by the launch of iOS 11.

Prior to this, downloads that came from browsing features accounted for 19 per cent of all game installs on average.

According to Sensor Tower’s head of mobile insights Randy Nelson, its research showed that developers could bolster their chances of being featured by Apple through maintaining an all-time rating of more than 4.5 stars.

He also noted that having a well-reasoned plan for how devs will support their newfound users can help visibility with Apple.