Rovio wants to extend IP outside of games and film 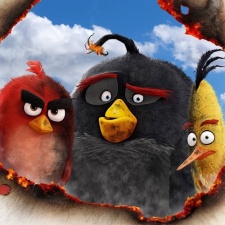 Rovio is working on a new long-form animated series centred on the Angry Birds IP.

The Finnish company wants to grow the Angry Birds IP beyond just games and film and to that end the new series is due to be released in 2020, though its not clear what platform this will arrive on.

New original live-action and animated content meanwhile is set to be developed for the Angry Birds YouTube channel, which has 2.3 million subscribers.

Rovio has already previously announced a new Angry Birds Movie will be released in 2019.

Outside of entertainment, Rovio has signed a long-term partnership with confectionery company Perfetti Van Melle to begin in 2019 that will result in the development of Angry Birds branded Chupa Chups products. Six million units will be distributed to global markets as part of the deal.

Rovio plans to reveal further new licensing partnerships in North America in the near future.