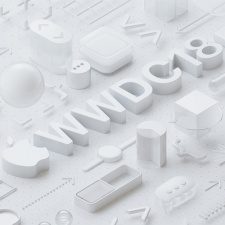 The event will run to June 8th and will be held in the McEnery Convention Centre.

Apple will open the conference with a keynote, where it is expected to debut new updates and features for the iOS, macOS, tvOS, and watchOS operating systems.

As WWDC is developer-focused the updates will likely centre on software initiatives such as the App Store, ARKit augmented reality and new iOS and gaming technologies.

On to the Con

As reported by VentureBeat, rumours have started to swirl that Apple has scaled back ambitious plans for iOS in favour of focusing on bug fixes and stability. However, the operating system remains likely to add at least a few tentpole features.

Apple’s previously announced features in the year prior have enjoyed some success since launching.

According to Sensor Tower, ARKit-powered augmented reality apps have been downloaded over 13 million times by iPhone and iPad users since Apple debuted the tech on September 19th 2017.

Additionally, the iOS 11 has also seen an increase in games downloads. As previously reported, getting featured in the iOS 11’s US App Store Games Tab can lead to a 450 per cent increase in downloads.