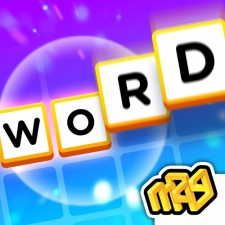 According to MAG Interactive, it has also hosted three million matches since its May 31st launch and has seen over 100,000 hours being played every day across iOS and Android.

Word Domination has opponents face off by forming words on a shared board to score points in five-round matches.

In addition to points granted for each word, as well as bonus tiles that increase the score of any letter or word played on them, players can also collect and play over 40 unique booster cards to supercharge their turn.

"We're excited about how well Word Domination has been received by players around the world. It's a charming play on real-time word games, with addictive gameplay that sucks players in for hours," said MAG Interactive CEO Daniel Hasselberg.

"We have received strong support on both the App Store and Google Play storefronts and are excited to see how Word Domination will continue its climb to the top of the charts."