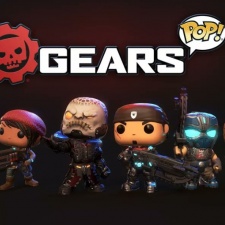 Microsoft’s triple-A Xbox series Gear of War is coming to mobile, but not as you might expect.

The new title will be called Gears Pop. There were no details of what the gameplay might entail.

Gears Pop is set for released on the App Store and Google Play in 2019.

As well as Gears Pop, Microsoft also revealed Gears Tactics and Gears of War V for Xbox One and PC.

Gears Pop! is a new mobile Gears experience with an @OriginalFunko twist! Get a first taste of the spirit of Gears Pop! in the new trailer below.

Make sure to give us a follow for the latest updates on Gears Pop! pic.twitter.com/S4VgZPnlgU

Microsoft is shutting down Gears Pop in April 2021