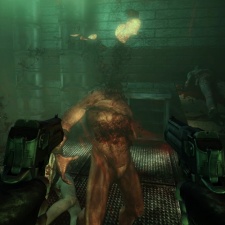 Announcing the news during E3, the company said it aims to publish titles across multiple platforms and genres from other indie studios.

Tripwire also revealed that it has teamed up with Blindside Studios, alongside EQ Games and Pixel Dash, to publish Maneater and Road Redemption.

Road Redemption meanwhile is an action racing combat title developed by EQ Games and Pixel Dash Studios that places players as the leader of a biker gang on a journey across the country.

“With the thousands of games released each year it takes more than just a great game to rise above the noise," said Tripwire president John Gibson.

"Our unique experience designing, developing, marketing and self-publishing successful games combined with offering the type of fair deals that we like to get where both developer and publisher succeed together will help elevate partner studios and their games to new levels of success and propel their games to break through the noise."