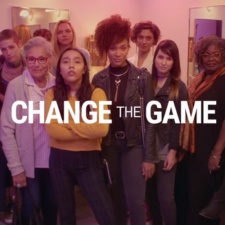 Google Play has revealed the winners of its Change the Game Design Challenge.

Initially unveiled in March it was intended as an effort to encourage teenage girls to try games development.

A puzzle platformer, the player controls a young shape-shifting child called Mazu who learns to survive challenging situations with the help of various woodland creatures.

For winning the Grand Prize Christine received a $10,000 college scholarship alongside a $15,000 pledge for her school.

“To me, video games have never been just a means of entertainment,” Said Christine.

“I believe that video games act as a form of interactive art capable of shaping cultures and bringing people together.”

The Five finalists also received an all-expense paid trip to Los Angeles to attend E3, a scholarship to a Girls Make Games Summer Camp and an Android tablet.

Google’s Change the Game scheme was launched last year and aims to ‘Empower and celebrate women players and creators’ and tackle the gender disparity within the games industry.