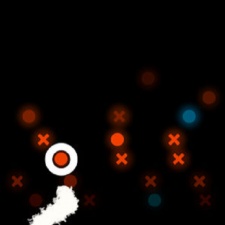 A game developed by 16-year-old Brandon Kynoch was chosen as App of the Day on all 137 App Stores worldwide.

Based in South Africa, Kynoch has been programming since age 13. Torus, a minimalist arcade game that tasks players with progressing a dot along an increasingly hostile screen, is his second full release following a game named Blast.

“I realised that game development is the perfect combination of art and programming,” Kynoch told Business Report.

“Ever since, I’ve been developing games purely for the fun of it and to improve my skills.”

Kynoch attributes his talent to constant iteration and prototyping, creating dozens of small games for self-education. He had hopeful expectations for Torus after the modest success of Blast, but wasn’t prepared for the App of the Day selection.

“I was absolutely astounded to discover that it was chosen as Game of the Day in 137 countries, and very proud to have received 100 000 downloads in just 24 hours,” he said.

“It was extremely rewarding to have a breakthrough like this after almost 6 years of learning and developing. I am so happy that the world has discovered my games.”

Kynoch plans to continue his studies in the meantime, but holds very optimistic aspirations for his future in games development.

“My main aspiration is to grow my one-man studio ‘Hard Graft Studios’ into a triple A games development studio based in America,” he said.