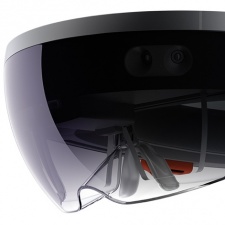 Microsoft may have plans to announce the Hololens 2 AR headset this year.

Sources close to Microsoft have told The Verge that the company might be ready to show the next stage in Hololens development in the second half of 2018.

With the codename “Sydney”, Hololens 2 is said to sport an improved field of view and be more comfortable to wear. The price will also drop significantly in an attempt to boost business adoption.

The outlet was told that the headset will feature a battery life boosting ARM-based processor, alongside a custom AI chip and the latest generation of Kinect sensor for performance improvements.

Microsoft is targeting a 2019 release date for Hololens 2, and is supposedly on track to hit that deadline.

AR continues to be a popular field of research and development for mobile companies. Unity recently announced a suite of improvements to its plugin for Apple’s ARKit at WWDC.