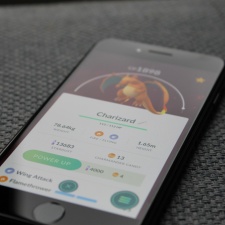 Pokemon Go racked up $104 million in revenues for the month on May.

According to SuperData’s new worldwide mobile charts for May 2018, the figure represented a growth of 174 per cent year-on-year.

The surge in revenues was helped by the player base increasing to its highest level since the game’s peak in 2016.

Pokemon has recently introduced a number of new additions; trading was joined by a new friendship feature that lets players add each other using Trainer codes. This is similar to Nintendo’s own Friend Code.

Pokemon Go has also benefited from a series of in-game and real-world events helping to keep the title popular amongst fans, with further events in Germany, Chicago and Japan planned for this summer.

I wanna be, the very best! (Like no one ever was)

Fortnite meanwhile also enjoyed a productive May and made $318 million across all platforms in May, up seven per cent from April.

The majority of growth came from console, with mobile and PC both coming in flat compared to April.

Across all games worldwide digital spending also saw some northward direction as it jumped 25 per cent year-over-year.

Players spent $9.1 billion digitally across all platforms, which is up from $7.3 billion last May.

The biggest growth driver was mobile, which was up 36 per cent year-over-year, while free-to-play console contributed $200 million due to Fortnite.

You can see the full mobile charts for May 2018 below.