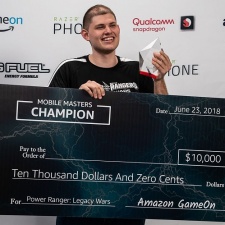 Amazon has named the winners of its $100,000 weekend-long Mobile Masters Seattle tournament.

Held in the company’s headquarters in Seattle, 74 players were invited to compete across four competitive mobile games.

The weekend began with World of Tanks: Blitz. Teams of seven competed in double elimination rounds, with team Cryaboutit taking the final winners prize of $20,000.

With the largest prize of the weekend, Critical Ops offered $40,000 to the final winner. Gankstars bested Hammers Esports in the final two, taking home the prize.