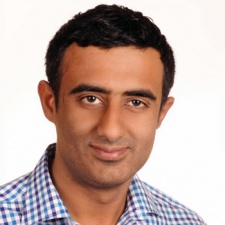 Jaffer stepped down as CEO of the advertising platform in October 2017 after his arrest under allegations of child abuse and assault with a deadly weapon against his two children.

On first reports, Jaffer was described to have taken indefinite leave of absence due to personal reasons. After his departure, he was replaced as CEO of Vungle by then-COO Rick Tallman. Throughout the process, Jaffer pleaded not guilty to all charges.

On July 2nd the San Mateo County District Attorney’s Office cleared Jaffer of all charges after taking a closer look at the evidence.

A release on behalf of the executive stated that he had “never abused his children, sexually or otherwise, and never committed any crimes".

“Being wrongfully accused of these crimes has been a terrible experience, which has had a deep and lasting impact on my family and the employees of my business,” said Jaffer.

“Those closest to me knew I was innocent and were confident that all of the charges against me would eventually be dismissed.

“I want to thank the San Mateo County District Attorney’s Office for carefully reviewing and considering all of the information and evidence in this case and dropping all the charges. I am also incredibly grateful for the continued and unwavering support of my wife and family, and look forward to spending some quality time with them.”