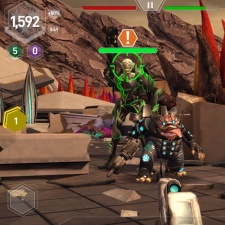 It has released three mobile games to date, which are FPS games Midnight Star: Renegade and Midnight Star, along with interactive novel Midnight Rises.

All the employees from the 14-person Industrial Toys studio are set to make the jump to EA's Worldwide Studios.

The acquisition closed in July 2018 but terms of the agreement were not disclosed. It's not currently clear exactly how the studio will fit into EA's plans.

"We're thrilled to have them join our studio organization, pursue new ideas together and bring amazing new games to our players."