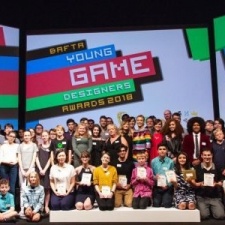 The winners of the BAFTA Young Game Designers competition were announced at a ceremony in London this weekend.

The YGD awards are given to the best game concept and game making submissions, spread across two age groups.

In a message to attendees, BAFTA president HRH The Duke of Cambridge said: “The variety of themes that have been tackled – and with such ingenuity and creativity - shows just how versatile games can be in representing who we are and what we believe in.”

Chair of the BAFTA Games Committee Nick Button-Brown added: “The Young Game Designers competition and initiative continually improves in the way it interacts and engages young people with careers in the games industry as well as just letting them have fun working with other kids and making games.“

“I hope that the winners and finalists here today go on to create diverse games that are culturally important, break new boundaries and enjoy the games industry as much as I have.”

Full Disclosure: I was invited by BAFTA to review entries as a first round reader in this year's YGD competition. Our coverage remains neutral.