Mobile game already bringing in as many as 2.4 million concurrent players with its daily shows 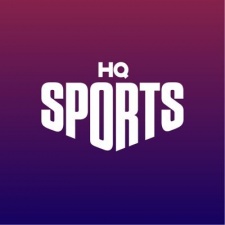 Released just last week and available within the HQ Trivia app itself, HQ Sports is a completely separate show all based around the sporting world.

The show airs twice a week on Tuesdays and Fridays and stars Lauren Gambino as its host.

The new addition of sports could spark a further increase in the game’s userbase, which sees as many as 2.4 million concurrent players tuning in to wish real cash prizes.

“We knew we wanted to brand it distinctly HQ. With sports, we can do things like video clips, sports history, or ask about last night’s game. It’s about building a community from the ground up.”

While the game is free-to-play, HQ Trivia has proven popular with advertisers keen to get their brands in front of users, often upping the winnings to encourage more users to play. Previous companies partnering up with the game include Nike and Warner Bros.

It was reported earlier this year that Intermedia Labs was after a $15 million funding round as it looks to grow the popular game.