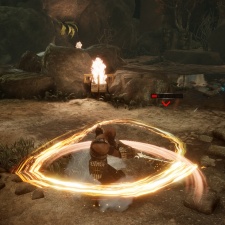 The “Action RPG” sample contains a range of assets and documentation aimed at shedding light on how quality mobile projects are developed through Unreal Engine.

An announcement posted on the Unreal blog read: “As the name suggests, Action RPG is a fast-paced, third-person hack-and-slash game that was built from the ground up to help developers learn more about how to use UE4 to develop high-end mobile games for both Android and iOS.“

Tools of the trade

The sample project covers topics such as utilising C++ and Blueprints together in a UE4 project, setting up and using aspects of Unreal’s Ability system, and supporting multiple platforms like Android, iOS, PC, Mac and consoles.

This isn’t a tutorial for complete beginners, however. Epic stresses that getting the most out of the project requires a good understanding of how C++ works.

Due to the overall complexity of Unreal Engine’s Ability system, the sample won’t provide a comprehensive dive into all of the tool’s available features.