Will discuss the company's recent challenges and achievements 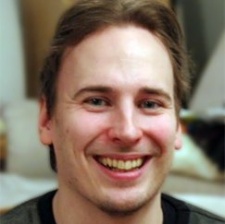 The conference takes place on September 11th to 12th and is expected to attract 1,200 industry professionals. PGC will stage 12 tracks covering a host of topics from over 120 speakers across the two days.

One of those speakers will be Teemu Mäki-Patola from Frogmind, the Finnish developer behind the multi-award winning game Badland.

The successful and critically acclaimed title put Frogmind on the map and its since gone on to release a sequel to the title in the aptly named Badland 2.

The talented studio's success did not go unnoticed in industry circles either, attracting the attention of Clash of Clans outfit Supercell, which acquired a 51 per cent stake in the company back in 2016.

Since then the company has gone on to soft launch titles such as Badland Brawl and Rumble Stars Soccer. At PGC Helsinki, Mäki-Patola will recount the company’s recent challenges and achievements.

To find out who else will be speaking at Pocket Gamer Connects Helsinki 2018 and to buy a ticket, head to the website.