HBO and Nerial partner for Games of Thrones Reigns spin-off

Reigns: Game of Thrones will land in October for mobile and PC 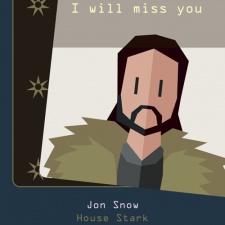 HBO has teamed up with Reigns developer Nerial to craft a Game of Thrones spin-off on the political Tinder-style series.

Called Reigns: Game of Thrones, the swipe-to-rule game will land on the iOS App Store, Google Play and Steam for $3.99 and is pencilled in for an October release.

The primary thrust of the Reigns series is to put players in the shoes of royalty, tasking them with difficult decisions on how to run their kingdoms.

Choices are made through a Tinder-like swipe left or right feature and have ramifications if not balanced appropriately against past decisions.

A (mobile) game of thrones

The Game of Thrones spun entry into the franchise will be much of the same but will allow players to rule as series characters Cersei Lannister, Jon Snow, Daenerys Targaryen, Tyrion Lannister and Sansa Stark.

Players will also be able to shift between each king and queen to tackle challenges unique to the story of each character.

Decision making will also be complicated through various visions the Red Priestess Melisandre has, with some insights proving less reliable than others and harder to decipher.