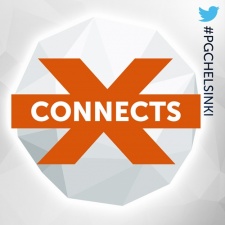 Pocket Gamer Connects Helsinki is only a day away from touching down in Finland and will last from September 11th to 12th.

Keeping with our recent trend, we’re taking a look at what’s in store with our numerous tracks.

Today we’re delving into our last track! By no means our least favourite, this one is called the Connect X track and covers all from Nintendo Switch and mobile to AR/VR and PC.

The Nintendo Switch has proven to be a revelation for portable gaming and is especially popular among our indie mavens for its relatively untapped marketplace.

PC Games has also persevered as a favourite for years upon years, and AR/VR is pressing on as a fancy of the industry. As such, it only felt right to include them to give visitors a wealth of options and wisdom to engage with.

14:00 – Kicking things off is a keynote about designing games for the broadest audience. Telling you how is Veikkaus games producer Karoliina Korppoo.

14:40 – Next up is a session from Rival Games CEO and lead writer Jukka Laakso and Janos Honkonen. The two will dive into how to develop an engaging and interactive story, explicitly calling on lessons learnt Thief of Thieves: Season One.

The game combines Hitman-like gameplay, but involves no killing, with a Telltale-like narrative arc and presents the whole thing in comic book art.

15:00 – Rolling on is a session on Skabma and the challenges of bringing Sami mythology into a video game format.

Taking the stage shall be Red Stage Entertainment CEO and COB Sahin Cengiz and Marjaana Auranen.

McGarrigan’s talk will look at how to continually reach new customers and grow fan bases, increase discoverability by spotting and maximising new opportunities and ultimately plot where your post-launch destination is.

Kari will explain how FakeFish started to develop PC games based on the work of a web-based collaborative writing project and how that led to success, with over 10 million downloads alongside the attention of various prominent YouTubers.

16:20 – Housemarque head of self-publishing Mikael Haveri will deliver a talk on the potent combination of battle royale and cheese.

16:40 – Rounding off the day is a panel on what’s next for PC games. Benard, Kari and McGarrigan will return to the stage will be joined by Epic Games field marketing manager Milena Koljensic, Ubisoft RedLynx lead programmer Raimo Gratseff and Pinata Punch co-founder David Roulin.

The two will share the lessons they have learnt from converting parts of apex construct from PSVR to mobile (gear) VR.

14:40 – Next up is Thought Fish CEO Christina Barleben who will delve into content-aware location assessment technology.

15:00 – Barleben will be joined on stage by a returning Benjaminsson and Blue Donut CEO Marcus Pullen and Nordic XR Startups director Harri Manninen for our first panel of the day. The four will delve into the future of XR.

15:40 – Rise Angle CEO Kaveh Vahdat will take to the stage and dive into the business of immersive AR and VR games.

16:00 – Smart Cities New York marketing communications adviser Bobby Born will give a talk on resolving complex urban challenges with gaming, and how they may improve future cities to be smarter.

16:20 – Secret Exit games artist Minna Eloranta will give a talk on self-publishing on the Nintendo Switch in all regions concerning its puzzle game Zen Bound 2.

16:40 – As we near the end of the track Shipyard Games CTO Teemu Harju will delve into all things location-based mobile games.

17:00 – Rounding off the day and the Connect X track is a panel on future games development.

And that’ll wrap up the track for this year. However, those nine talks make up just one track out of 12 the show will have on offer. Which include our Indie Track, Esports Academy and the Game Changers track, the latter of which will take a close look at chat app gaming and hyper-casual.