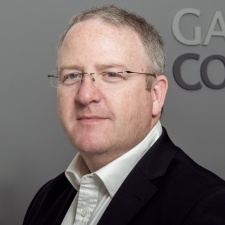 A string of European gambling regulators have issued a joint declaration outlining their concerns of the “blurring of lines” between gambling and gaming.

The statement was signed by key regulators from the UK, France, Spain, Ireland, Portugal, Poland, Austria and others.

It cites that the organisations share a number of common principles, including the need to regulate gambling and “ensure high standards of integrity, fairness and consumer protection, in particular in relation to children”.

According to the declaration, the bodies are “increasingly concerned” about issues such as skin betting, loot boxes, social casino gaming and the use of gambling-themed content in games available to children.

Such incidences have led the regulators named in the statement to identify similar characteristics to gambling in games, those which previously led to the formation of such legal frameworks that now regulate the gambling industry.

Regulators will now work together to investigate the games industry, which could lead to new laws and regulations in Europe.

“We have joined forces to call on video games companies to address the clear public concern around the risks gambling and some video games can pose to children,” said UK Gambling Commission CEO Neil McArthur (pictured, main).

“We encourage video games companies to work with their gambling regulators and take action now to address those concerns to make sure that consumers, and particularly children, are protected.

“We want parents to be aware of the risks and to talk to their children about how to stay safe online. For example, unlicensed websites offering skins betting can pop up at any time and children could be gambling with money intended for computer game products.”

Earlier this year loot boxes were declared illegal in Belgium, while the Netherlands Gaming Authority classed them as gambling.