Report: Fortnite to blame in over 200 UK divorces this year 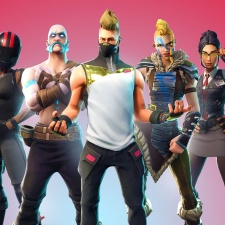 More than 200 couples have filed for divorce in the UK citing playing battle royale title Fortnite since January 1st 2018.

That's according to research by website Divorce-Online, which says that five per cent of the 4,665 petitions received since the start of the year have mentioned Epic's battle royale game, as well as other online titles.

"Addiction to drugs, alcohol and gambling have often been cited as reasons for relationship breakdowns but the dawn of the digital revolution has introduced new addictions," wrote Divorce-Online editor and MD of the company's legal services Mark Keenan wrote.

“These now include online pornography, online gaming and social media, so it is no surprise to us that more and more people are having relationship problems because of our digital addictions.

“These numbers equate to roughly five per cent of the 4,665 petitions we have handled since the beginning of the year and as one of the largest filers of divorce petitions in the UK, is a pretty good indicator.”