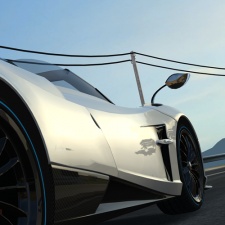 Tech giant Amazon has partnered with Eden Games for a new $20,000 esports tournament based around the developer’s mobile racing title Gear.Club.

Those who qualify will be flown to the finals taking place on November 11th at the ARIA Resort in Las Vegas.

Tournament players are restricted to driving Pagani sports cars as part of a deal with the manufacturer, which is sponsoring the contest.

The winner of the competition will take home a share of the $20,000 prize pool and will also win an all-expenses-paid trip to Pagani’s factory in Italy.

“Nothing brings a gaming community together like competitive play, and with the help of Amazon’s GameOn, players from across the globe can compete for a spot in the tournament and connect through competitive play.”