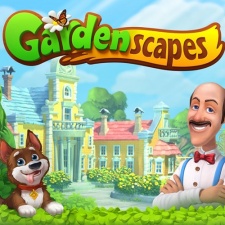 Playrix’s hit narrative-driven match-three title Gardenscapes has raked in more than $880 million on mobile, according to Sensor Tower estimates.

The market intelligence firm claimed that September 2018 was a particularly good month for the title, first launched on mobile devices in 2016.

The title took in $35 million in September with daily average revenues up by 12 per cent.

Sensor Tower puts the surge in revenue down to an update that went live last month that stars a brand new character named Annie Smith.

Following the success of Gardenscapes on mobile - it had previously been a hidden object game on PC - Playrix released follow-up Homescapes last year.

That title has also been a huge success and regularly features in the weekly top 10 grossing charts in the UK and US App Stores.

For more details on the title check out our Homescapes 'making of' article.

Playrix is bringing Homescapes to AppGallery