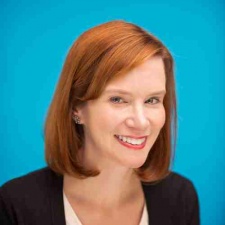 The International Game Developers Association has responded after industry workers took to Twitter to protest the working conditions within the games industry.

In a statement released to GamesIndustry.biz, International Game Developers Association executive director Jen MacLean remarked that the issue was unfortunately common, but that IGDA was looking into solutions.

The #AsAGamesWorker hashtag was started by Warner Bros Montreal designer Osama Dorias and came off the back of layoffs at Telltale Games and Capcom Vancouver.

The recent sagas surrounding ArenaNet and Riot Games were also said to be a factor.

Knuckling down on crunch

"There has long been a culture of positioning game development as a 'dream job', and using that perception as an enabler for lower pay for comparable positions, other exploitative employment practices, and even toxic work environments and harassment,” said MacLean.

“Thankfully, because of tools like social media, today's game developers have a louder voice to challenge the status quo.

"We at the IGDA recognise this problem and last year refocused our mission to support game developers around the world in sustainable, fulfilling careers.

“We'll continue to work towards that goal by offering events like the Virtual Mentor Cafe to help developers who have been laid off, sharing resources like our Sustainability Best Practices white paper, and hosting forums like the Leadership Summit that help game developers of all disciplines grow their management and leadership skills."

Conditions for working in the games industry are improving, according to the IGDA