But slower than Niantic’s Pokemon Go, which only took 113 days 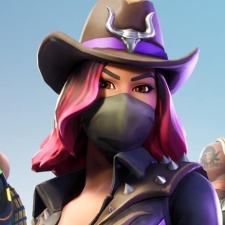 In just seven month’s battle royale sensation Fortnite for iOS had grossed more than $300 million worldwide, according to Sensor Tower.

The market intelligence firm estimates that in the last week alone the hit title has generated nearly $20 million. It follows the launch of Season Six in the game.

Players are said to have spent on average $1.5 million a day on the iOS version since launch. That has jumped to $2.5 million since the release of Season Six.

Much of the title’s popularity hails from the US, where it’s said to have 65 per cent of its player base.

It should be noted that Honor of Kings was only available in China at launch, while Knives Out was released initially without any monetisation.

As for Fortnite’s Android performance, it’s said to have grossed more than $60 million worldwide to date. That’s despite not being available on Google Play.

Speaking to PocketGamer.biz back in August, Epic Games CEO Tim Sweeney said the company wanted to go straight to the consumer, rather than through Google Play, and lamented the economics of the 70/30 royalty fee.

Fortnite is available through the App Store, an ecosystem that Epic Games is unable to work around.