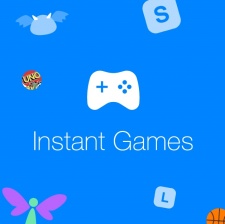 Facebook Instant Games is being rolled out to the social network’s Gaming Groups.

There are more than 270,000 groups tagged as gaming - places where developers connect with their players, or where users can talk and share content with each other.

Facebook claims these games-specific groups attract more than 90 million active users each month and are some of its largest and most engaged communities.

Those people will now be able to play Instant Games directly within those gaming groups and with other members in them. Initially this will only be rolled out to select groups, but will eventually be made available to all of them.

Previously Instant Games was limited to Messenger and the News Feed.

Facebook said it was also looking into making the platform available as an opt-in feature on non-gaming group categories in future.

As well as this, Instant Games is also being made available for users of Facebook Lite - a pared-down version of the social network with fewer services, designed for people in areas with slow connection speeds. Instant Games runs on HTML5 and its roster of titles do not require any downloads.

Over the past month, more than 1.7 billion game sessions have been played on Facebook Instant Games.