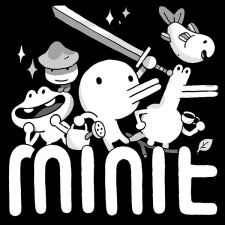 Developers have been sharing games released without crunch in response to Rockstar co-founder Dan Houser’s boasts of 100-hour work weeks, amongst other recent controversies.

Houser’s claim, which surfaced last week in an interview with Vulture, caused outrage in the wider development community. Once again, crunch was a hot-button topic with Rockstar facing accusations of poor working conditions.

In response, indie developers took to Twitter to share games made in healthy work environments - no crunch, no overtime if avoidable. Leading the charge was Vlambeer co-founder and Minit developer JW Nijman.

The developer called for developers to share their games made "without crunch". Starting with him, Nijman emphasised that Minit’s development was “mostly leisurely”.

“Minit also touches lightly on a lot of these themes,” said Nijman, in a follow-up Tweet. “Stress, taking your time, working conditions, self-care.”

Responses to the Twitter thread included Lieve Oma developer Florian Veltman, who commented: “I made Lieve Oma in exactly 6 months, sticking rigorously to my schedule, without ever working outside normal week hours. It was the most enjoyable thing for me to work on!”

Florence creative director Ken Wong added: “#FlorenceGame was made without crunch. There were a handful of longer nights to get some troublesome builds done, repaid with time in lieu.”

Meanwhile, Rockstar has been rolling back Houser’s comments regarding long work hours - claiming the 100-hour figure was an exception. The company has relaxed social media policies for staff, who are now relaying their own experiences online.