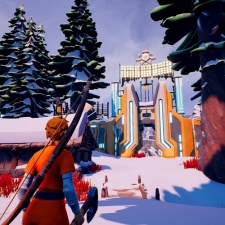 Amazon’s cross-platform GameOn service has today been expanded with a Twitch-integrated Tournament Organiser.

Tournament Organiser lets Twitch streamers set up games with channel viewers. Amazon stated that it hopes to make the process of creating and joining Twitch games as seamlessly as possible.

For developers, Amazon hopes the tournament option will open up games to a new potential audience of thousands of players - incentivising them to pick up a copy and fire up a few rounds with their favourite creators.

The GameOn Tournament Organiser has currently found use in games including Paladins Strike, Tactical Monsters Rumble Arena and The Darwin Project (pictured, above). Devolver Digital’s SCUM is also lined up for support.

Amazon cites an example in the mobile space, however, to drive the engagement boom. During Twitch creator FooYa’s Ostrich Among Us stream, 30 per cent of viewers downloaded the game to take part in Tournament games.