Lee was one of the creative forces behind popular characters Spider-Man, X-Men, Fantastic Four and The Hulk 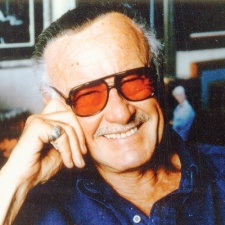 Marvel Comics co-creator Stan Lee has passed away at the age of 95.

As reported by the New York Times, Lee passed away at the Cedars-Sinai Medical Center in Los Angeles.

Among his many accolades, Lee is best known for creating Marvel with Jack Kirby in 1961, where he served as a key writer and editor. He would go on to co-create characters such as Spider-Man, the X-Men, the Fantastic Four and The Hulk.

While those characters began life in comic book pages, their influence would take them to broader mediums such as TV, film and games.

Lee’s reach to mobile games is notable, with many of his creations appearing in assemble hero games such as Netmarble’s Marvel Future Fight, Kabam’s Marvel Contest of Champions and more recently FoxNext’s Marvel Strike Force.

"No one has had more of an impact on my career and everything we do at Marvel Studios than Stan Lee," said Marvel president Kevin Feige.

"Stan leaves an extraordinary legacy that will outlive us all. Our thoughts are with his daughter, his family, and the millions of fans who have been forever touched by Stan’s genius, charisma and heart. Excelsior!"

"A superhero in his own right to Marvel fans around the world, Stan had the power to inspire, to entertain, and to connect. The scale of his imagination was only exceeded by the size of his heart."

A Marvel of a man

Fittingly, Twitter has been awash with tributes to Lee from a myriad of figures from the games industry.

So sad to hear about @TheRealStanLee Thanks for all the fun and inspiration you’ve given to the world.

The characters, stories and worlds he created have been a fundamental part of my life for so long. Sad day. https://t.co/FstiFdIrJT

So long @TheRealStanLee - you were the first American to speak to me thru landscape format reprints of Spider-Man I'd read in Scotland in the 70s. I'd skip straight to the bullpen for sage advice and jokes. You're probably drinking mead in Asgard on your worthy way to Valhalla.

Meeting Stan Lee was one of the highlights of my life. And he’s signing a Fantastic Four book I wrote when I was at TSR, making the occasion doubly special. Needless to say he’ll be missed. pic.twitter.com/Y9TIEpkdCY