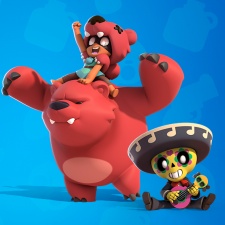 Supercell’s latest mobile game Brawl Stars is set launch globally in December on both the App Store and Google Play.

The Finnish developer has opened up pre-registrations, with players set to earn a special skin if signs-up hit two million.

The top-down MOBA-esque shooter was initially soft-launched on iOS in June 2017 in Canada before releasing in Ireland, Finland, Sweden, Denmark, Norway, Malaysia, Macau, Hong Kong and Singapore in 2018.

The soft launch was then extended to Android in June 2018.

Brawl Stars involves teams of three facing off against each other across a number of different objective-based modes, including Gem Grab, Showdown, Bounty and Heist.

Heroes are customisable and can be levelled up to make them more powerful. There is also a social feature including the ability to create clans, which allows players to practise against friends or battle others.

The news of Brawl Stars' global launch may come as a surprise to some, as Supercell typically has a billion dollar or bust approach to game releases. Brawl Stars marks just the fifth full release from the company following on from Clash Royale, Boom Beach, Hay Day and Clash of Clans.

While Brawl Stars initially enjoyed success in Canada upon soft-launch, its success at a 'Supercell level' doesn't seem a certainty. It will still most likely prove to be very profitable, however.

Though it has struggled to hit the heights of the Clash games in the West during soft launch, success may occur in an unexpected way. We recently took a deeper dive into why Brawl Stars may just set to be an Eastern phenomenon.

Supercell's Jaakko Harlas, who works in developer relations and strategic finance, will be a speaker at the upcoming Pocket Gamer Connects London on January 21st to 22nd.