Also described as “unfair and deceptive” 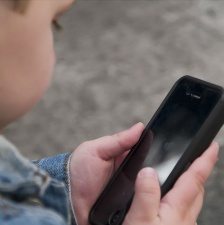 US Senators have asked the Federal Trade Commission to take action over what they describe as “manipulative marketing practices by apps designed for children".

The politicians believe that those practices could qualify as “unfair and deceptive” under the FTC’s definitions and as such, warrants an investigation into the matter.

Typically, apps and mobile games enjoy greater access to younger audiences because they are free and published under the guise of being educational. That said, a number of kid's games on mobile utilise subscriptions as opposed to ads or in-app purchases, in order to create a safer environment.

“Kids are uniquely vulnerable to advertising and are increasingly turning to online applications for entertainment.”

Manipulative marketing practices are on the app

The letter later goes on to say those children “should be able to entertain themselves and play without being bombarded by promotional messages, which young people may not be able to accurately assess and identify as marketing".

The letter from the Senators primarily points to a study recently published in the Journal of Developmental and Behavioural Paediatrics, which further details their point.

The letter claims the report includes evidence of children’s games disguising ads and making them central to the games themselves.

It also alleges there are games that use characters to coerce children into making in-app purchases and other apps that are marked as free, despite needing additional spending to play.

Rounding off, it delves into children’s apps that market themselves as educational but are overloaded with advertising.

As mentioned above, while some games targeted at children do feature advertising and in-app purchases, many apps, particularly focused on young children, focus on subscriptions.

The idea is to help ensure parents are in control of what children see and doesn't result in marketing messages from external advertising or promotions for in-app purchases.