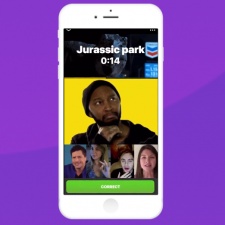 The Bunch mobile client allows up to eight users to voice or video call each other and launch multiplayer games together. The app doesn’t require direct work on the part of developers and works natively with mobile games.

The money raised will be used to expand user acquisition efforts and the developer platform. Besides LVP, investors included Founders Fund, Betaworks, North Zone, Streamlined Ventures and 500 Startups, among others.

“A lot of us grew up playing PC games like Starcraft and Counterstrike with friends in the same room,” said Bunch co-founder and CEO Selcuk Atli.

“Most of the fun in playing these games with friends comes from the ability to laugh together and trash talk during the games,”

“With the rise of live mobile games like Fortnite and Roblox, younger gamers are trading in the large screens of their PCs and consoles for smartphones so they can play with their friends anytime, anywhere. We are building the chat application designed for them.”