Department for Digital, Culture, Media and Sport reports above-average growth in these industries 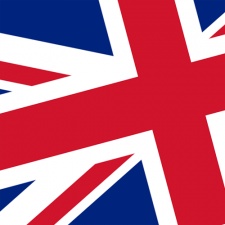 A report from the Department for Digital, Culture, Media and Sport shows that creative industries contribute almost $118 billion (£92bn) to the UK economy.

Provisional figures suggest that Gross Value Added for the combined creative industries increased 7.6 per cent compared to a similar report in 2016. Between 2010 and 2016, these industries grew their contribution by 44.8 per cent.

Video games aren’t given particular focus, but come under the fastest growing sector: IT, software and computer services. That segment grew 11.4 per cent, contributing contributed $44.5 billion (£34.7 billion) to the economy.

For comparison, the second-largest segment - film, TV, video, radio and photography - made less than half of that figure at $19.7 billion (£15.4 billion).

This contribution from creative industries works out to over £250m added to the economy per day.

"The sector currently contributes £92 billion a year to our economy and through our modern Industrial Strategy we are investing further to enable the sector to keep on growing and bringing the benefits to all corners of the United Kingdom."

British consumers to rack up $1.2 billion in spending on mobile games this year

PocketGamer.biz kicks off UK special to shine a light on the country's vibrant games industry