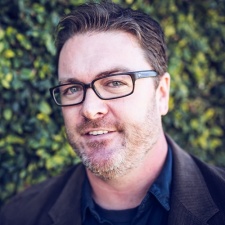 New US publisher Nifty Games has raised $3 million in an oversubscribed seed round as the start-up looks to create mobile and digital titles for sports fans.

Backers include team owners from all five North American pro sports leagues, which covers sports such as baseball, American football, hockey, basketball and soccer. Though that doesn't mean Nifty will be limited to these sports.

"Focusing on sports gives you a lot of advantages, particularly the mobile market where it's a difficult time from a user acquisition standpoint," CEO Jon Middleton told PocketGamer.biz.

"When you're dealing with large passionate fanbases that are predisposed towards the games and the content you're putting out. You've got a real edge and the ability to find the right gamers, get them to play your game - hopefully for a very long time - and then to keep them around."

The company is already working with external developers on sports titles for mobile, though in future Nifty could evolve into what Middleton calls a 'live ops publisher', with some content made in-house.

"It's games we initiated and then we specifically sourced these teams because of their passion for the sport that we've chosen and also their skill set in different aspects that we thought were important to that particular sport and that particular game," said Middleton.

AXiomatic has made numerous investments in the games industry, including acquiring a controlling interest in esports outfit Team Liquid and recently taking part in Fortnite developer Epic Games'  $1.25 billion funding round.

It's these investors that Middleton said shows the company has serious plans for the future and isn't just around to raise money to see how one game does. It wants to build a platform of mobile-first sports games.

"We have some really heavy hitters that are proven success stories not only in sports and entertainment but now ... they've got a huge interest in gaming," he said.

He added: "It'll be exciting to see where we go from here. We've got a lot of things planned and this is definitely not a situation where we're just out looking to fund a game and see how it does, we're building more of a platform approach."

Nifty Games will be at Pocket Gamer Connects London, which takes place on January 21st to 22nd.