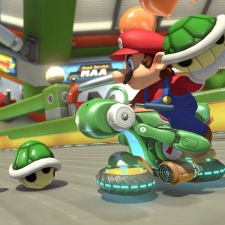 Games behemoth Nintendo has turned down the opportunity to have its IP Mario Kart featured in Tesla’s line of electric cars.

That comes from Telsa CEO Elon Musk, who responded to someone on Twitter who had queried the possibility.

Musk explained that Tesla had tried, but Nintendo wouldn’t license the intellectual property for Mario Kart.

We tried. Nintendo won’t license it to us.

He did, however, seem open to the possibility of adding PC games marketplace Steam to the range of electric cars. So there’s that.

This isn’t the first we’ve heard of Musk and Tesla being on the lookout for games developers. Earlier this year Supercell and Brendan ‘Playerunknown’ Greene responded to a Twitter callout from Musk for anyone in games development to consider making games for the car company’s self-driving vehicles.

Musk explained that the electric car manufacturer wanted to make “super fun” games that integrate the centre vehicle touchscreen, phone and car itself.

Pressed by a Twitter user on if he was angling for something like Niantic’s Pokemon Go, Musk replied “something like that, but more of an adults in cars anime vibe”.