Alto’s Odyssey and battle royale games also given the nod 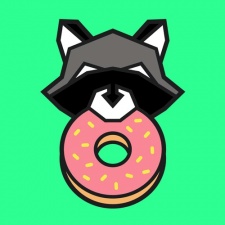 Apple has revealed its picks for the game of the year for 2018 across several categories, with indie developers having a stand out showing.

Ben Esposito’s Donut County and Jason Robert’s Gorogoa received the nod for games of the year on iPhone and iPad respectively.

Speaking to PocketGamer.Biz earlier this year, Esposito said the game came about with influences from Keita Takahashi’s Katamari Damacy and a tweet from a Peter Molyneux parody account. On top of that, he explained the game took over five years to make as he decided to go the development process alone.

In another interview with PocketGamer.Biz, Roberts claimed that Gorogoa too took a while to make as he had swapped career from a software engineer to pursue games development. The game tentatively started development back in 2012.

Elsewhere, Team Alto snagged the Apple TV Game of the Year award for endless runner Alto’s Odyssey. According to Snowman’s Ryan Cash, the game was designed to evoke the feeling and serenity of snowboarding.

Apple also highlights battle royale titles for the trend of the year, with Epic Games’ Fortnite and Tencent’s PUBG Mobile dominating much of the conversation throughout 2018.

According to Sensor Tower, Fortnite has made $350 million on iOS alone while PUBG Mobile has made $75 million, although that does include Android.

That said, Fortnite was available globally before PUBG Mobile was. Additionally, PUBG Mobile only introduced its variant on the battle pass sometime after.

In fact, as per Sensor Tower, revenue for PUBG Mobile increased 166 per cent week-over-week for the seven days ending on Black Friday. The battle royale made $12 million across the App Store and Google Play, which is 43 per cent more than what Fortnite made and the first time the former made more money than the latter.

A number of the world's top mobile games companies featured here will be at Pocket Gamer Connects London on January 21st to 22nd 2019.