“We really believe in location-based games, and we truly believe there’s an opportunity for way more cooler gaming.” 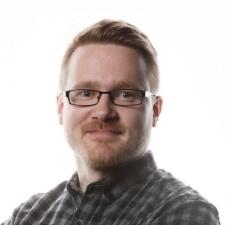 Speaking at Pocket Gamer Connects Helsinki this year, the Shipyard CTO explained how his company approached making location-based games - AR experiences where gameplay is tied to the player’s location - and why developers should be considering real-world tie-ins.

Harju was involved in the development of what he claims was the first location-based game, Shadow Cities. While that game never found success, he founded Shipyard Games with the same goal of creating compelling GPS gaming experiences.

Location-based titles need to be compelling titles wherever the player happens. Just think back to when Pokemon Go launched, and players in rural areas were effectively locked out of much of the game.

“Commonly players don’t move too much, even though they’re playing location-based games. If the game would be very different in very different locations, a big part of the gameplay would be left out.”

It’s also vital to make sure that players are made aware that the game is tracking their location as soon as possible. Most apps are already requesting location information from players as-is.

“The easiest way to communicate to the player that we know where you are is to tell them by text,” explained Harju, showing a screen telling the player they’re at the studio’s Helsinki office.

More insights can be found in the full video below.

For more details on our next Pocket Gamer Connects event in London and to book a ticket, head to the website here.