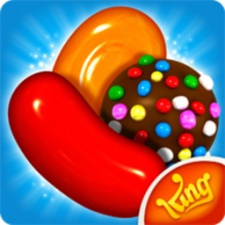 King’s Candy Crush Saga, Niantic’s Pokemon Go and Epic Games’ Fortnite were among the top 10 grossing apps in the US for November across iOS and Google Play, according to Sensor Tower.

While the top spot went to Netflix, thanks to an estimated monthly haul of over $43 million, King’s match-three puzzler Candy Crush Saga was not too far behind in second.

A figure for Candy Crush Saga’s monthly intake was not provided, but it was the top grossing game for the month.

Both Netflix and Candy Crush Saga have been unmoved in the top two since January. During that time, Netflix has held first place five months while Candy Crush Saga managed to clinch it for six months.

A slightly different picture is painted however when only iOS performance is considered. Netflix still took the top spot, but Epic Games’ Fortnite comes in at second, with Candy Crush being pushed down to third.

Fortnite does not appear on the Google Play list as Epic Games decided to skip the Android storefront, as it viewed the 70/ 30 split as 'disproportionate'. As such this will affect its position on the 'overall revenue' chart.