A worthy winner for a very special award 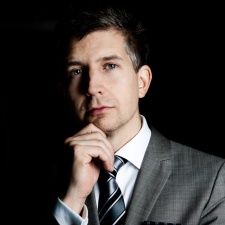 This special lifetime achievement award recognises a person from anywhere in the world who has achieved a considerable amount of success in their career and has acted as a pioneer in the mobile games space.

Palm has been deeply involved with the mobile games space for two decades - long before the iPhone and App Store changed the sector forever.

He was the vice president of mobile from 1999 to 2009, until forming Fabrication Games in 2009 where he acted as the company’s president.

The studio was bought by then ‘web specialist’ King.com in 2012. While the fee was undisclosed, it was said to be worth millions of euros.

As we reported at the time: “It's now suggested the King.com will use Fabrication Games' expertise on both iOS and Android to expand its output on mobile, taking on the likes of Zynga, CrowdStar and Funzio in the process.”

Candy Crush Saga was released on browser in April 2012, in November and December it was launched on iOS and Android, a project worked on by the team from Fabrication.

It’s now arguably the most popular mobile game in the world and the franchise brings in billions of dollars a year in revenue on mobile for King - now a mobile-first company.

Playing a key role in King’s mobile push, Palm was given the name of ‘Games Guru’ and stayed at the company until 2015.

He set up Resolution Games shortly after, where he serves as CEO. A pioneer in the emerging virtual, augmented and mixed reality spaces, Resolution has worked on various projects like the successful Bait!, Wonder Glade and Angry Birds: First Person Slingshot.

Palm has also worked to give back to the games industry. He set up games accelerator Stugan, a non-profit initiative where developers can head off to the woods in Sweden (all paid for), to develop their games and receive mentorship from industry experts.

The project takes no stakes in the games being developed - it’s all purely for the benefit of the creatives involved.

Palm has proven himself a true Mobile Legend throughout his career has been involved in some of its biggest success stories. And it's a story that's far from over.

You can see all the winners from the Pocket Gamer Mobile Games Awards 2019 here.