Tools to be integrated into the creative cloud 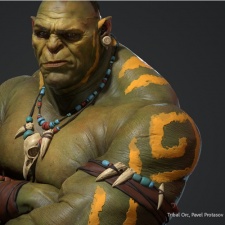 Its suite of art tools are used to build 3D materials and create textures in the games and broader entertainment sectors.

Adobe plans to integrate its tech - which includes Substances Painter, Substance Designer and Substance Player - into the Creative Cloud. Current applications on the platform include Photoshop, Dimension, Premiere Pro and After Effects.

Adobe Creative Cloud chief product officer Scott Belsky said the company would announce precise details of how the Substance tools will be integrated into its platform over the coming months.

Allegorithmic’s tech has previously been used on games such as Call of Duty, Assassin’s Creed and Forza, as well as films including Blade Runner 2049, Pacific Rim Uprising and Tomb Raider.

“In the near future, we’ll live in a world in which real and virtual creations seamlessly blend, a change that will allow companies to create experiences that wouldn’t have been possible before, while saving time and money in their production process.

“And with consumer smartphones and tablets beginning to capture and display 3D content, brands have new opportunities to create and distribute compelling, interactive experiences to delight customers.”