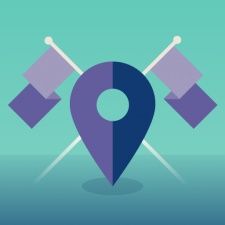 In 2018 we broke all Big Indie Pitch records, and 2019 is looking set to be no different, with over 20 pitches across more than 15 locations already planned. However, before we take The Big Indie Pitch back on the road, we kicked off 2019's bumper pitching season with none other than our flagship Very Big Indie Pitch at Pocket Gamer Connects London 2019.

Sponsored by Applovin, Space Ape, Huawei, Flowplay and Plug-in-Digital, this pitch not only saw a massive 32 developers showcase their latest creation to 17 judges, but it also saw more than half of the developers in the mix for the crown by the end of a mammoth judging session. Nevertheless, there can as always, only be one winner, and this year the crown went to London based developer Location Games' title Run An Empire. A real world experience where you capture and control land by running, jogging and walking.

Of course, Run An Empire as you already know was the winner, but we always award prizes for the top three, and even highlight fourth and fifth at Pocket Gamer Connects. So read on to not only find out more about Run An Empire, but the top five as a whole too.

In Run An Empire players are challenged with running, jogging, or even just walking their way to their very own real world empire thanks to real world GPS location tracking. This isn't all though, as players will also be able battle their friends and fellow locals, hire workers to upgrade their empire, and even explore the history of civilisation. Overall Run An Empire looks to transform everyday exercise and daily commutes into an all out battle for dominance.

White Paw places you into the body of the cat who belonged to a quintessential evil villain who has just been murdered. One who must now make their way through a hand crafted narrative experience in order to find the culprit and bring them to justice. Featuring a full musical score, mind bending puzzles, hidden secrets and an engrossing story where all is not what it seems, White Paw is a more than worthy runner up. One which only just missed out on the top spot via a tie break.

Developed by a solo Korean developer and initially inspired by 2048, Makeone is an intuitive and minimalistic puzzle title that offers more than 150 levels, and a play time of more than 10 hours. The premise is simple, combine blocks of the same number in order to create one single solitary block. No text, no gimmicks and no complicated gameplay functions. Just the player and a relaxing and addictive, albeit challenging puzzler.

Wreckout is a game that mixes air hockey, Speedball 2, Arkanoid and Rocket League into one glorious retro inspired multiplayer battler. In the game players must fling the ball at their opponents end section in order to destroy all of their blocks. Of course, it's never as simple as that, as players can stop shots mid flight, utilise the environment, and even ram their opponents. The game may still be in development, but it already looks set to be a perfect couch multiplayer title.

They say dead men tell no tales, but that's not exactly true of this interactive crime drama. One in which everything a good detective needs to know can be found by delving deep into the smartphones left behind by a variety of murder victims. As such, in the game player's will be able to conduct interactive interrogations with suspects, check their messages and web browsing for suspicious activity, learn more about their life through videos and photos, and even pretend to be the very person who's tragic fate you are trying to uncover. This isn't all though, as Electric Noir Studios are also looking to tackle some controversial subjects in their episodic drama too, with episode one promising to touch on police racism and violence.