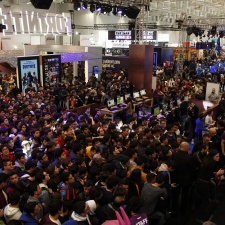 The event, designed to be “the gaming bridge of Eurasia”, invited a number of major international players to grace its hall in its fourth year including Playstation and HP Omen.

From January 31st to February 3rd, Gaming Istanbul provided regional and global PR support for local and international exhibitors, alongside networking and sales opportunities with a variety of publishers, retailers and hardware producers.

“Since 2016, Gaming Istanbul has been acting as a hub for internationally renowned gaming brands willing to engage with the booming Turkish and MENA region markets,” branding and marketing communication manager Meriç Eryürek told PocketGamer.biz.

Bring in the billions

Eryürek added that this year has been a particularly productive year for the Turkish games industry. According to the Turkish Ministry of Trade, gaming export figures reached $1.05 billion, while the country’s games market closed 2018 at $1.2 billion.

“Turkey has a huge and growing gamer population of almost 31 million active players, a significant part of them choosing mobile platforms," said Eryürek.

"The Turkish developer scene is fairly young, with ambitious and flexible studios who are aiming for the worldwide market with mobile and PC games, as well as console."