Can we build it 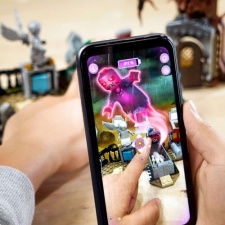 LEGO has unveiled a new augmented reality experience on mobile called Hidden Side.

New themed LEGO sets can be combined with the mobile app to create a ghost adventure that integrates the AR technology.

Hidden Side features eight haunted building sets that, when combined with AR, brings the models to life.

Within the app, kids will see the world through a first-person perspective. Set in the town of Newbury, players will solve paranormal mysteries as they look to return the locale to normal.

The project is aimed at children from the ages seven and up. LEGO Hidden Worlds is due for release in August 2019.

“Our years of experience pioneering the convergence of technology and physical play have taught us that kids expect exciting play experiences that move seamlessly between physical and digital worlds – something we call fluid play,” said Creative Play Lab SVP Tom Donaldson.

“At our core we focus on tactile building, but AR presents opportunities to enhance physical LEGO play with new action and mastery elements. We’re breaking the mold of gaming-first AR play experiences to create a new type of play where the physical world actually influences the AR layer, instead of the other way around.”