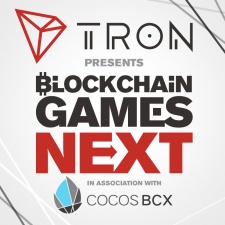 The Blockchain Games Next mini-summit will explore the current state of play and opportunities in the sector during GDC week on Tuesday, March 19th.

It’s all about having the big discussions in a relaxed setting, uniting blockchain developers and platform partners.

The half-day event is free to attend and will provide a focused space for blockchain game developers, platforms, tool-makers, investors, press and others interested in the space to discuss key issues, trends and opportunities in a relaxed setting.

More than 200 attendees will enjoy a meet-and-greet during the lunchtime registration before a series of talks and panel discussions from up to 20 world-class speakers including:

Blockchain Games Next will run on Tuesday, March 19th from 1pm to 7pm at central San Francisco venue, Bespoke - just a five-minute walk from GDC.

You don't have to be working in blockchain to attend! The talks are deliberately open for non-blockchain game folks; it isn't hardcore technical talk, it's about celebrating successes and exploring potential, so if you're not currently working with blockchain but are maybe thinking about how blockchain technology could fit into your studio's plans, then definitely sign up.

Brought to you by...

This event is presented by TRON and Cocos BCX and is brought to you by the team behind the incredibly successful series of international conferences, Blockchain Gamer Connects. Launched last year, the two-day events have since drawn record-breaking crowds in San Francisco, Helsinki and London.

The event is free but places are limited, so if you're interested in the blockchain games space, book now!

OpenSea, Blockade Games and Diginex join the next wave of speakers for the first Blockchain Gamer Connects Hong Kong

Win a chance to pitch your blockchain game to investors free, $15,000 prize pool