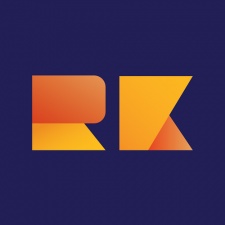 Ripkord.tv’s interactive trivia mobile game In or Out is offering a prize pool of $1 million for its newest contest’s overall winner.

Starting from February and culminating in March players will have the chance to take part in the competition, with $100,000 given away each week to winners.

The firm claims the prize pool is the biggest giveaway for an interactive mobile game show. Rival app HQ Trivia has previously given hundreds of thousands of dollars away to winners.

Rikord.tv was founded in 2018 and promises “interactive social engagement” paired with the “best of traditional game shows”. Currently, five shows appear on the app: Raise the Bar, In or Out, Word Up, Fast Facts and The Hunt.

“Nobody’s done anything this big in the live social games space, and we are going big, offering players a chance at winning over $1 million dollars every month,” said Ripkord.tv CEO Todd Peterson.

“It’s a huge prize pool, and, with the way In or Out! is designed, our players start with a 50 per cent chance of winning something right from the start, which is better than just about any other traditional game show or competition out there. Combine that with the fact that our games don’t require you to be a trivia genius, and you can see what makes us the go-to for competitive online game shows.”

Players must be over the age of 18 and live in either the US or Canada (not including Quebec). Ripkord.tv is available to download across iOS and Android devices.

Question time: How two men and a robot are transforming the trivia genre